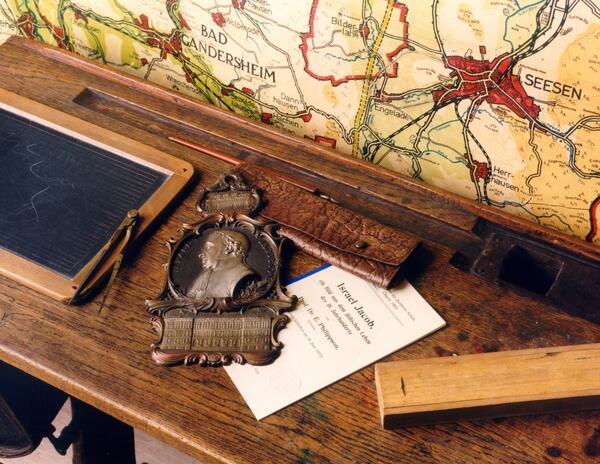 Jacobsonschule
The rabbi for what is now the area around Gandersheim and Holzminden, founded a Jewish school in 1801 in the present Jacobsonstrasse. The originally Jewish-only school started serving the common education for Jewish and Christian children from 1802. The Christian children generally came from the Seesen area, while the Jews often came from far away, even from America, South Africa and Australia. In the course of more than hundred years this school developed to Seesen’s grammar school, which carries the name of the founder of the school. From all the buildings of the old Jacobson School only the boarding-school, the Alumnat, which was established in 1889, has been preserved.
Today this vast building, the Bürgerhaus, controlling the town centre is the municipal hall in which the library, the youth centre and various associations are housed. A small exhibition in the Bürgerhaus reminds of the life and works of Israel Jacobson.