The bronze figure in front of the Seesener town hall remembers Wilhelm Busch, who has lived in Seesen’s smallest district Mechtshausen from 1898 until his death in 1908. 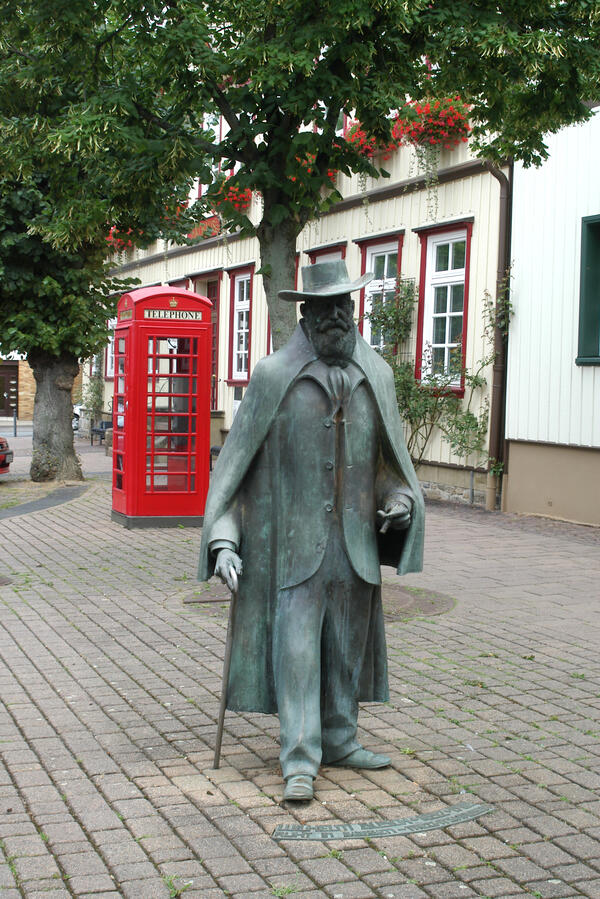 His grave is in the cemetery of Mechtshausen. Though the famous illustrated stories like Max and Moritz do not originate from this period many well known poems do.

The 1.90 m high and 200 kg weighing bronze figure was made by the Osnabrück sculptor Gerd Ruwe and shows Wilhelm Busch as a lonesome rambler.

The last 10 years of his life he spent very much secluded. The rooms, which he inhabited in the parsonage, are brought back in the state they were in, during Busch’s life around the turn of the century. A visit to the Wilhelm-Busch-Haus in Mechtshausen is certainly worth your time.