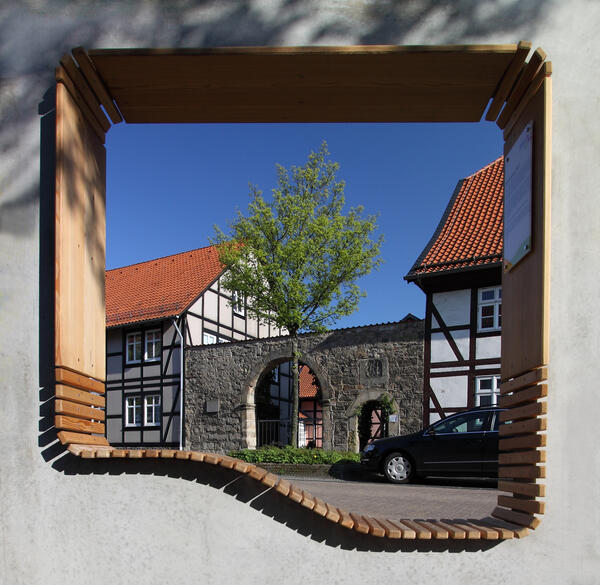 Koch’s courtyard was built in 1674 by colonel Johan von Koch and is one of the few preserved buildings in Seesen dating from this period. Along the extension of the driveway heading to the main building originally stood a washing house on the left and on the right the barn and stables.

In 1885 the building was located on the border of the urban agglomeration in the Junkernstraße (now Jacobsonstraße). Because of the rapid urbanization the house now lies in the town centre. The building has had very different functions. It was used as a residential building, an elementary school, a catholic chapel and a kindergarten.

Now social services are housed in the building.

Especially a short walk through the stone archway in the inner court is very charming.  In 1879 the upper floor of the main building was taken off and replaced by a bay window construction. 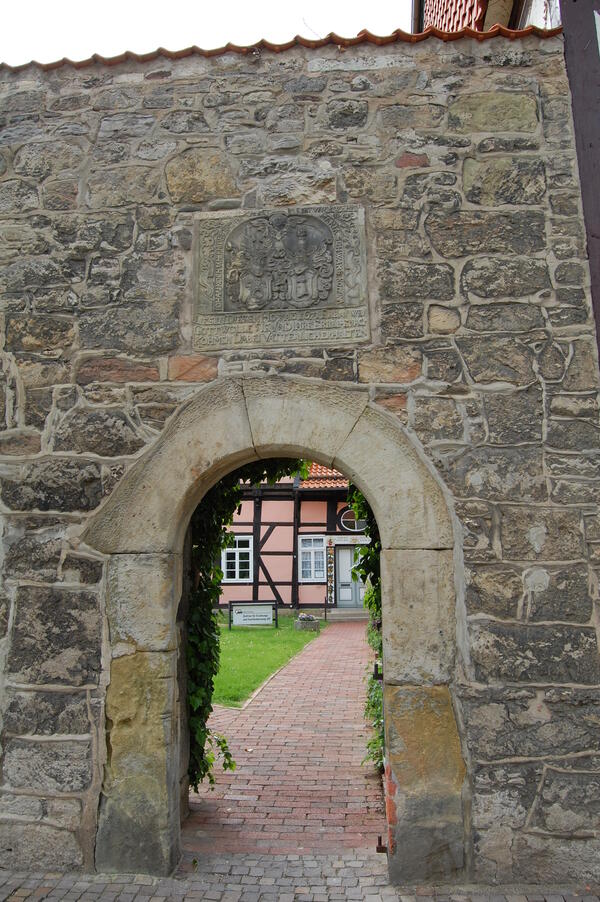